At Facebook Connect, we introduced Infinite Office—a collection of new capabilities designed to create a virtual office space that will feel more productive and flexible.

Today, Oculus released the ability to post on Facebook Groups as your Oculus username. I was the Lead Product Designer in this effort. To learn more and get started, you can visit this site. 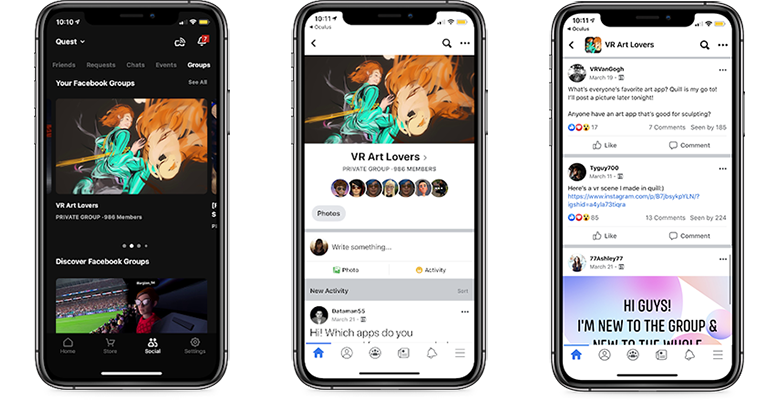 Responsive Environment with Grasshopper and the Magic Leap

In a previous project, I created an Augmented Reality environment that uses Firebase as the backend to send information back and forth between the computer, where the geometry is being created, and the phone (a Pixel 1), where said geometry gets populated and rendered. This time around, I decided to build a similar logic but using the Magic Leap.

It works as follows:

– The Unity Editor pushes the locations of the camera and the hands to the Firebase Database
– The visual programming tool Grasshopper reads those positions: The large sphere represents the head; the smaller spheres are the hands.
– I used those positions as the input for a responsive environment. A change in those positions triggers a change in the parametric design that then gets pushed to Firebase. In this case: the head movement triggers a change in the color of the pieces; the hands change their relative position.
– The Unity Editor then reads those changes and updates the geometry accordingly. One of the main issues I found is that the Database didn’t work in real time. Some of the changes took several seconds to get read and updated visually.

Unfortunately, there seemed to be incompatibility of the Firebase libraries with the Magic Leap and to show a proof of concept, I baked one of the versions of the parametric design and loaded it in Unity. I then wrote a script in Unity that works similarly to how the parametric design definition was set up: it detects the distance from the user’s hands to the pieces in the design and then moves them accordingly.
The vertex color shader used in the Unity Editor is not supported in the Magic Leap, so the pieces all keep the same color in this demo.

On October 18, I spoke at the World Usability Congress in Graz (Austria). More info on my presentation Remodeling Reality: Revolutionizing Design with VR here.

XR on the Bay

On June 26th, I spoke at the XR on the Bay conference in San Jose, CA. I participated in the panel Imagine a world…:

With interactive collaboration, architects, urban planners, and world builders are transporting clients and users beyond the technical with their designs, creating living experiences and igniting imaginations. What role do storytelling tools play in creating those living experiences, and will this new technology become the standard way of building tomorrow’s worlds? 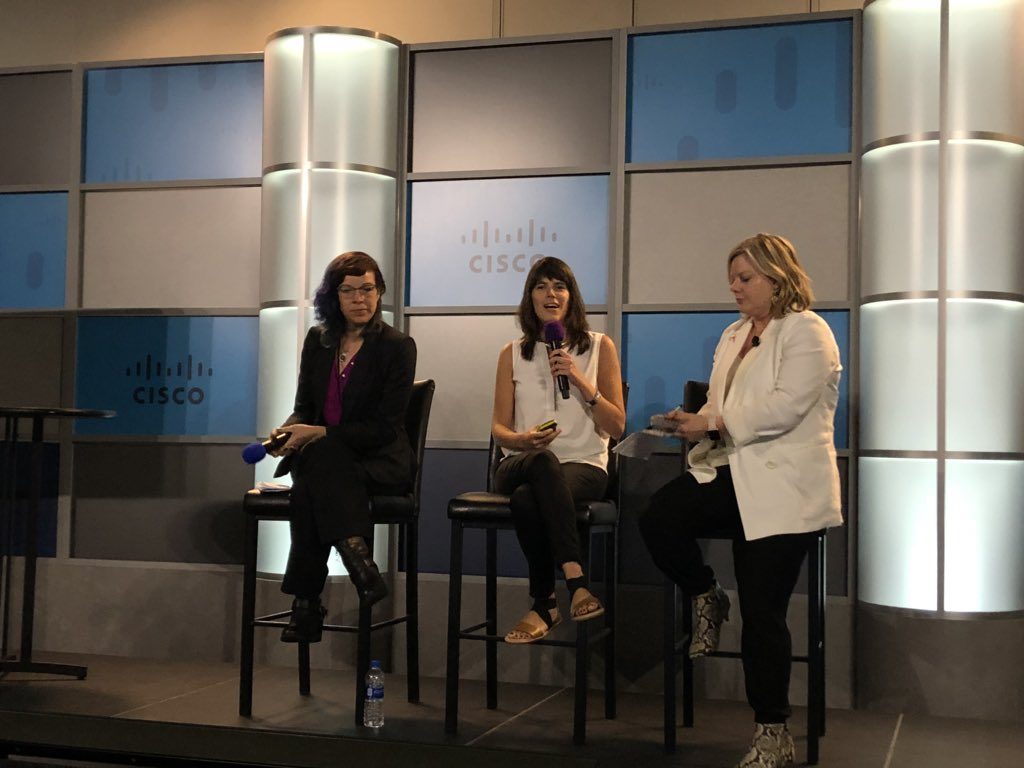 What jazz, parametric design and spatial computing have in common

I have written a new Medium post for the Virtual Reality Pop publication where I discuss jazz, parametric design and spatial computing. You can check it out here.

I just published a blogpost on adding new features to improve the IrisVR Experience on Medium, which was originally published on VRFocus. Check it out!

A user can select, inspect and flag en element in Prospect

At IrisVR and every quarter, we stop everything to work on hack projects for a couple of days. In Q1 of this year, I decided to develop an Augmented Reality app that could stream objects and changes made to their geometry in real time. ARCore, Google’s augmented reality SDK for Android, is now available for developers and Unity has great support for it. I thought it would be fun to test it by creating an Augmented Reality environment that uses Firebase as the backend to send information back and forth between the computer, where the geometry is being created in Grasshopper, and the phone (a Pixel 1), where said geometry gets populated and rendered. Check it out below!

At IrisVR we’ve been working on adding support for Meetings in Virtual Reality. You can now meet your clients and colleagues IN your 3D Model from anywhere in the world! Prospect 2.0 is here! Check it out!